Why Outsourcing EDI May Make Sense For Your Organization

Although EDI (Electronic Data Interchange) has been around since the late 1970’s, it started gaining increased traction in the early to mid 1990’s. The increased popularity in the 1990’s was mainly due to a heavy push from large organizations with large transactional volumes that wanted to reduce costs and increase efficiencies through automation. Unfortunately, the very thought of EDI, can be daunting for any organization that has not used EDI before or has limited IT resources. The initial reaction is that EDI has been ‘forced’ on their organization by a large retailer or trading partner. Terms such as ANSI X12, UN/EDIFACT, Tradacoms, VAN, AS2, seem like Double Dutch and better still, the traditional English language has been replaced by numeric values, e.g. a Purchase Order is now called an 850, an Invoice becomes an 810, a Ship Notice becomes an 856, and so on. After a short period in production, the new EDI user will suddenly realize the benefits of EDI for their organization – reduced errors, shorter order to payment cash cycles, and reduced costs.

As mentioned above, there are many standards and communication protocols associated with EDI – in North America ANSI X12 is the predominant EDI standard, whereas in Europe and the Far East a far more popular standard is UN/EDIFACT. Some trading partners prefer to communicate through a VAN (Value Added Network), whereas others will prefer AS2 or FTP. Add to this mix a myriad of 318+ recognized EDI documents, customized mapping and reporting functions and it is clear to see why EDI becomes a daunting task to implement for any organization.

It is at this stage that outsourcing your EDI requirements should make sense to your organization. Outsourced EDI solution providers come in various shapes and sizes. Some providers will require you to invest in your own mapping solution and they then develop the maps. Then there are others, like B2BGateway.Net, that provide the entire service and are also the first point of contact between your organization and your trading partners to resolve any EDI issues that may arise.
For further information on B2BGateway.Net’s outsourced, fully-integrated, cloud-based EDI solutions, please visit us online at www.B2BGateway.Net, email Sales@B2BGateway.Net or call (401) 491-9595 x2100. 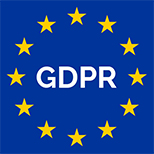